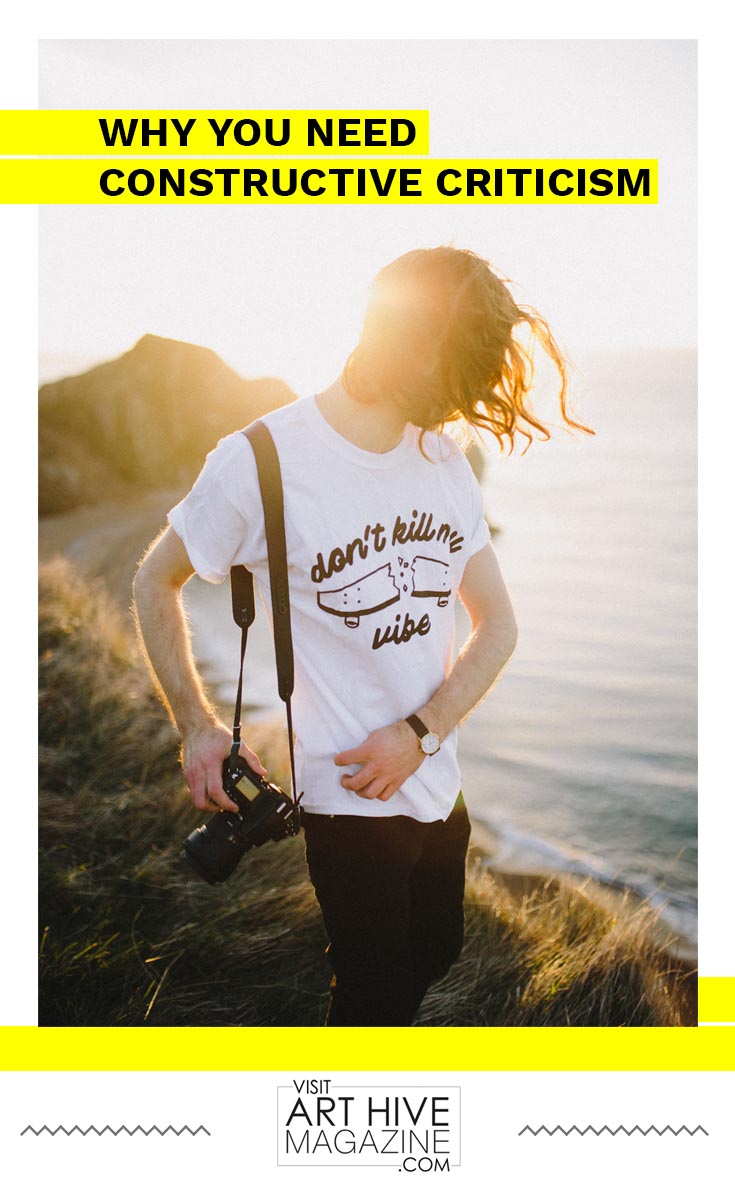 Learning how to gracefully take it (and fairly dish it out yourself) can help pump up your creativity and competitive edge.

Nobody likes to be criticized­—especially on their creative work—but creating in a vacuum isn’t going to help you develop much of a competitive edge either. The delivery of practical and useful criticism, however, can mean all the difference between ‘friendly feedback’ and an all out assault on your ego.

If it comes out of the blue, it can throw you off balance, and even ruin your day. For some people, it may ruin more than just one day if they take it personally. There is a difference between Constructive Criticism and Destructive Criticism. While the constructive type seeks to build (note the word “construct”), destructive criticism seeks just the opposite, which is to destroy.

Someone who delivers constructive criticism will normally have your best interests at heart. They will have carefully thought about what they needed to say to you, and it will come from a position of genuine concern, or a desire to help you. It is often difficult for them to do if they care about you and don’t want to offend you. It takes courage to deliver, especially if they believe that you won’t take it well.

Destructive critics, on the other hand, do not have your best interests at heart. Their motivation will be to harm you, not to help you. The reason for this could be anything from jealousy, an attempt to sabotage your success or happiness, or…they just don’t like you. Perhaps they are just a disagreeable human being who habitually criticizes everyone. It may be blurted out, or they may have plotted how best to hurt you beforehand.

Once you have determined that the criticism is destructive, generally untrue and meant to hurt you, you need to square your shoulders and shrug it off. If there is any grain of truth you can glean from the unkind message, use it to your best advantage, but do not dwell on the negative. That way you walk away from the situation as a winner, probably not what the destructive individual intended.

If you have determined that the criticism is constructive, and delivered by someone you believe cares for you, it can hurt more because of the nature of the relationship. Someone you respect or care for has found something in you which is not perfect, and needs attention. You will feel an inevitable sting of discomfort; maybe instant denial will spring from your lips. You may even have some hurt feelings. Sometimes the criticism may come from someone who looks up to you, like a child or younger person, and it may feel a little awkward.

WHAT CAN YOU DO?

First off, remind yourself who is giving the criticism

IF IT IS DESTRUCTIVE CRITICISM…

IF IT IS CONSTRUCTIVE CRITICISM…

Enjoy an evening with distinguished master of arts and science Carol Prusa discussing the Intersection between Art and Tech. Carol Prusa is an award winning contemporary artist with a major solo exhibit coming to the Boca Raton Museum of Art later this year.

This Artist Spotlight features Yellena James who has participated in shows around the U.S. and overseas, including: solo exhibitions at Giant Robot (San Francisco and Los Angeles, CA), the Here Gallery (Bristol, UK), the Hijinks Gallery (San Francisco, CA) and more. She also has done illustration work for Anthropologie, Crabtree and Evelyn, Crate and Barrel, Relativity Media and many others (see client list below).

‘This Changes Everything’ at the Miami Film Festival

Miami, FL — This Changes Everything, a pivotal documentary examining historic and contemporary gender inequity in the American film and television industries, will open the 36th edition of Miami Dade College’s acclaimed Miami Film Festival, on Friday, March 1st at the historic Olympia Theater.